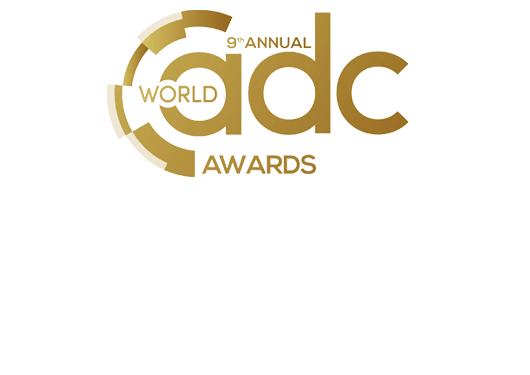 Trastuzumab Emtansine (Kadcyla®) approved in Her2 positive breast cancer utilizes a payload that is based on the potent microtubule disrupting agent emtansine, which is derived from the natural product maytansine. Maytansine is obtained through fermentation and since it does not contain a suitable linker handhold, the molecule was synthetically modified to maytansinoids DM1, DM3, and DM4 with different side chains that give different release and stability profiles. Maytansinoids can be modified to accommodate a variety of different linker and conjugation technologies. 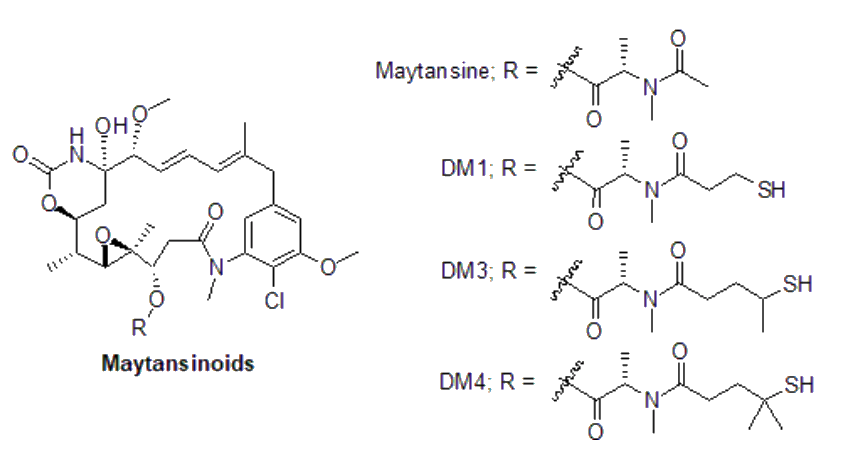 The auristatins are synthetic analogues based off the natural product dolastatin 10 and are currently being used in the marketed ADCs Brentuximab Vedotin (Adcetris®), Enfortumab Vedotin (Padcev®), and Polatuzumab Vedotin (Polivy®). Auristatins are potent microtubule disrupting agents and have many synthetic analogues available. Since they are pentapeptides, auristatins are highly modular and can be attached to antibodies using all types of linkers and linking strategies. Of all payload classes used for ADCs, auristatin derivatives have the highest number of ongoing clinical trials at this time.

Tubulysin-based payloads are potent microtubule destabilizing agents that are derived from naturally occurring tubulysins (e.g., Tubulysin A, B, C). These toxins are also very modular and allow for a variety of different modifications. Tubulysins used in ADCs are obtained by synthesis and several Tubulysin-based ADCs have been studied in clinical trials.

Eribulin is a tubulin disrupting agent that is an aggregator and is currently being investigated in one ADC product. It is obtained by total synthesis.

Taxol derivatives are potent molecules that inhibit cell growth by stabilizing the microtubule filaments. For this reason, taxol derivatives have had high interest for use in ADCs and a variety of derivatives can be provided by NJ Bio. Structures of the Taxol Derivatives Docetaxel and Paclitaxel

a) Calicheamicin is an antitumor-antibiotic which causes double-strand breakage of DNA causing cell death. It is the active effector in Gemtuzumab Ozogamicin (Mylotarg®) and Inotuzumab Ozogamicin (Besponsa®) and is generated by fermentation and subsequently synthetically modified for conjugation. b) Anthramycin-based dimers are minor-groove binders that can have potency in the sub-picomolar range. They consist of an imine that binds to a guanine of the DNA duplex. Many modifications are reported such as pyrrolobenzodiazepine (PBD) dimers, indolinobenzodiazepine dimers (IGN), and pyrridinobenzodiazepines (PDD). These derivatives are generated by total synthesis and can be modified at many different positions. PBDs with cross-linking (two imine) groups have been found to be more active but also less well tolerated than compounds with mono-alkylating ability (one imine), which were found to be less active but better tolerated. These dimers can be symmetrical (e.g., tesirine) or unsymmetrical (e.g., talirine) and can be combined with other DNA binding motifs as well. Scientists at NJ Bio can advise and make the best molecules based on the state of the art in this active area of research.

c) Duocarmycin-based payloads are another class of DNA alkylating motif (like the PBDs) that alkylate adenine. These alkylators are an active area of interest in the ADC field. Many clinical trials are still ongoing, and NJ Bio can provide a variety of different leading duocarmycin-based linker payload combinations. d) Anthracycline molecules like doxorubicin have been investigated for many years as active payloads with delivery therapies but found to lack potency for specific use in ADCs. Modified doxorubicin derivatives of higher potency such as PNU-159682 are of interest for use in ADCs and NJ Bio can provide linkable versions of these for delivery applications. Structures of the Anthracyclines Doxorubicin, Ladirubicin, and PNU-159682

Structures of Camptothecin, Exatecan, and SN-38

NJ Bio, Inc., and Aarvik Therapeutics Inc. are excited to announce their collaboration to develop and commercialise next-generation ADCs for cancer therapy