NJ Bio has strong bioconjugation expertise with a broad range of proteins, linker-payloads, and conjugation technologies. We offer different service options to maximize value for our clients and perform bioconjugations at a stage-appropriate level. Our purified conjugates are accompanied by robust analytics to ensure products are well-characterized and have the stated purity. We can help in the selection of suitable linker-payloads that fit the biology of your target.

Will this mAb work in an ADC?

What is the best clinical candidate?

Express Conjugation: Early discovery and proof of concept (only for ADCs)

When you need an expeditious and cost-effective determination of whether you have a good ADC target, Express Conjugation is an excellent option. The Express Conjugation service allows you to quickly assess your target(s) using approved linker-payloads and stochastic lysine- or cysteine-based conjugation. In general, our turnaround time is 2 to 3 weeks and we require about 5 to 10 mg of mAb to produce between 2 to 5 mg of well-characterized ADC (with SEC, MS, UV and HPLC). The antibody does not need to be humanized at this stage and we can conjugate to a variety of IgG species and isotypes.

Example: You have 6 murine antibody candidates and want to screen in vitro with 1 or 2 approved linker-payloads (such as SMCC-DM1, MC-Val-Cit-PAB-MMAE, MC-MMAF, DXd(1) or CL2A-SN38) to help with your selection criteria. NJ Bio can rapidly help you study these leads in vitro and preliminarily in vivo to justify whether to move to the next stage.

Other services offered:
Our team can also perform cell-based functional assays such as cytotoxicity, internalization and binding assays.

Example: You have proof of concept with MC-VC-MMAE that shows in vitro activity and some activity in vivo. You would like to assess payloads with different mechanisms of action such as topoisomerases or DNA damaging agent(s) in a larger in vivo study with a dose response. The Standard Conjugation option can help ascertain whether you will have a clinical candidate with an optimized ADC.

Other services offered:
We can conduct in vitro stability of the ADC in a mouse and/or human serum as an add-on and perform cell line validation techniques such as antigen numbers.

You have an ADC and a target that shows clinical promise, but many questions remain to be answered. The Custom Conjugation platform will allow you to determine the best bioconjugate platform for preclinical development and lead optimization. Validated payloads do not always have the best therapeutic index (TI) for a particular indication. The Custom Conjugation development approach can identify the best conjugate to maximize clinical benefits, based on the biology of your indication. We can mix and match different payloads, linker technologies, and site-specific technologies to obtain the best candidate within your time constraints. We work to maximize stability, increase hydrophilicity, and ensure proper PK and release kinetics. This approach is cost- and time-effective to ensure that the best conjugate is brought forward. During lead optimization, larger quantities of material are needed for toxicology studies, which also requires larger quantities of linker-payloads. Through our flexible FTE program, resources are allocated as needed to efficiently provide high-quality material to keep the project moving forward rapidly.

Example: You have an ADC that shows tumor regression, but the TI is narrow. To maximize clinical success, an improvement to the TI is beneficial. This can be done with testing different site-specific technologies, increasing the hydrophilicity of the linker-payload and ensuring the ADC is optimized for the expected clinical dose range.

Other services offered:
NJ Bio can perform analyses of animal PK studies, in vitro and in vivo stability, and other cell-based assays to guide lead optimization.

The use of drug conjugates has focused on antibodies, but other proteins and peptides can also be used for targeted delivery. Proteins and peptides have a great diversity of structures, and conjugation technology developed for antibodies may not transfer to all types of proteins. For example, the hinge disulfides of antibodies are commonly used as a conjugation group, but many proteins do not have accessible disulfides or available cysteines. This would mean that cysteine conjugation is not always possible with all proteins. However, in most cases, lysine conjugation is available for initial screening. NJ Bio can adapt ADC technology to non-antibody proteins.

An advantage of using smaller proteins and peptides is that these smaller-sized conjugates can penetrate the tumor more easily and are less prone to antigen barrier effects. Smaller proteins can be easier to produce than antibodies, especially if they are made in bacterial expression systems. Common motifs used in protein and peptide drug conjugates are bicyclic peptides, knottin, affibody, adnectin/centyrin, DARpins and antibody fragments. These conjugates are being investigated as both delivery vehicles and as imaging agents. The difference between conjugating smaller peptides and proteins compared to antibodies is that the drug-linker has a larger impact on overall properties. Antibodies can have drug to antibody ratio (DAR) of up to 8; such a high DAR is unlikely with smaller peptides without causing aggregation. Another aspect of conjugating to smaller proteins and peptides is that the drug-linker can also more easily interfere with binding. With smaller proteins and peptide conjugates, the linker position, the properties of the drug-linker, and the DAR are three elements that need to be carefully balanced.

NJ Bio has experience with the conjugation and purification of smaller proteins and peptides and has helped many clients validate their smaller targeting protein platforms. Our analytical techniques and equipment are adapted for smaller conjugates. We have substantially invested in mass spectrometry expertise and equipment, which apply well to smaller conjugates.

An example of a difference between ADCs and oligonucleotide conjugates is linker compatibility. Not all linkers compatible with small molecules are compatible with oligonucleotides. The position, linker type and even the sequence of adding the linker before or after the annealing step can impact the conjugation efficiency and yield. Our experience in nucleotide chemistry allows us to understand the reactivity and compatibility between different groups at the molecular level.

We have also found that an important asset in working with oligonucleotides is the availability of robust analytical instruments and methods. The quality of the conjugates is only as good as the analytics that accurately represent the products. Sometimes the conjugate is made successfully, but if analyzed with the wrong method, the experiment can appear unsuccessful. This can lead to the need for further troubleshooting and more experiments, for instance when the conjugate is filtered on the column, does not ionize well in the MS method or the staining is weak. The charge and size of oligonucleotides leads to a different purification workflow compared to more traditional small molecule conjugation. Oligonucleotides are big and cannot always be easily removed from the conjugate by size-exclusion methods. Both ion-exchange and size-exclusion are often necessary to obtain high quality material.

At NJ Bio, we have experience in the labeling of proteins for other applications. Conjugation of dyes that allow tracking by fluorescence or by microscopy is routinely performed. Biotinylation is an important tool for the capture of specific proteins for analysis by ELISA and mass-spectrometry. Our chemistry experience is an asset when a linker-dye combination is not commercially available, allowing us to perform the synthesis and conjugation under one roof.

If you are looking for Process Development support, our scientists have worked on projects that span the research and development spectrum. We have experience supporting the development of ADCs by optimizing, performing Design of Experiments (DOE), and scaling up material needed for preclinical development. We can scale up the chemistry of the linker-payload in-house, which will allow technical transfer as needed to a partner of your choice. The process we develop for your conjugation and linker-payload chemistry is assured to be robust for such transfers.

Our bioanalytical team can develop and validate methods during the preclinical stage that can be adapted and transferred to a clinical testing lab. The advantage of working with NJ Bio is all preclinical development activities can be performed under one roof.

Alliances
We have a strategic alliance with Lake Pharma to provide streamlined antibody-drug conjugate services. Under the terms of the alliance, LakePharma will manufacture and provide antibodies as starting materials for ADC development carried out by NJ Bio in a single, seamless workflow for clients, making therapeutic ADC manufacturing from initial antibody discovery to the production of the drug conjugates significantly more efficient both in time and expense. 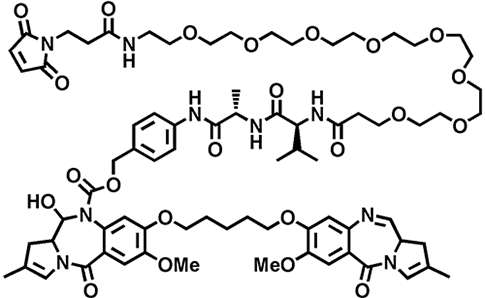 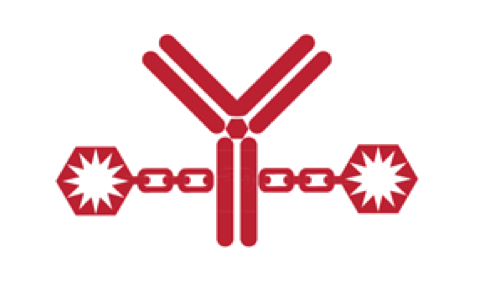 Read more about linkers for ADCs

Workshop on ADC Chemistry at World ADC 2020 in London, UK